Bringing the Simigwa Sound to the World 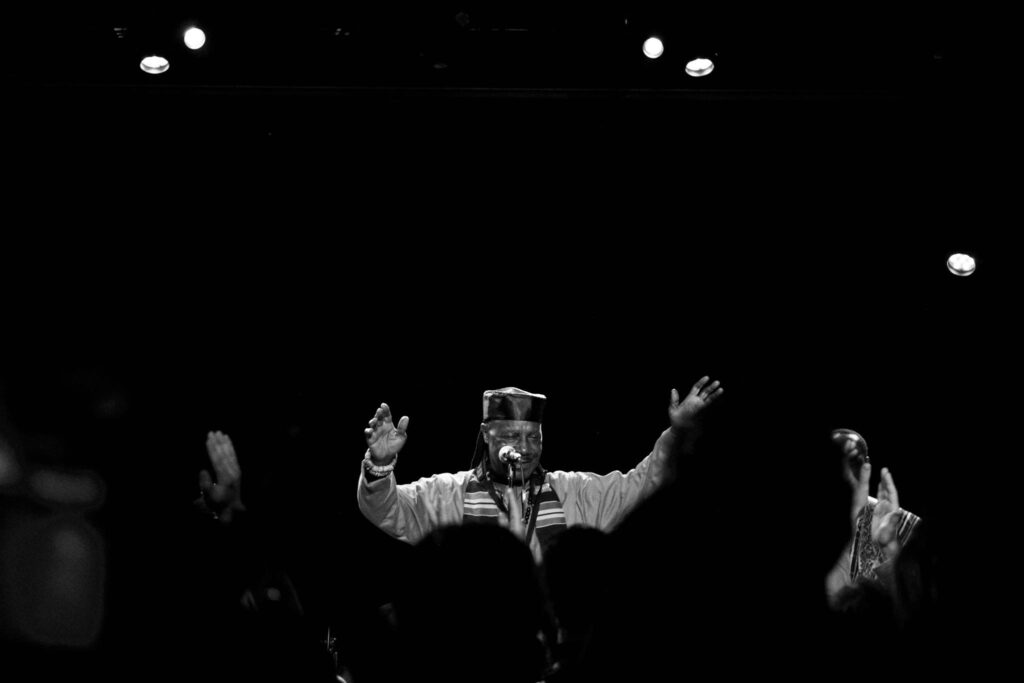 When Gyedu-Blay Ambolley recorded his maiden album “Simigwa” with Uhuru Dance Band in 1973 and released on Norman Bentsil Enchill’s Capeside Records label in Cape Coast, Ghana, he brought another dimension to Ghana’s highlife music. A blend of highlife, funk, disco and rap, Simigwado launched a new sound, a new lyrical communication and a new dance on the Ghanaian music scene never heard before. It is Ambolley’s claim to be the first person to have commercially released a Rap record, contrary to the claims of the Guiness Book of Records.

Today Gyedu-Blay Ambolley is one of Ghana’s leading exponents of highlife and experimenters in the genre with a strong charismatic stage personality. He is a singer, tenor sax player, not only famous in Ghana but has become currently well-known internationally with World Music fans around the world even amongst the black youth of the coastal Cartagena Region of Colombia whose ‘champea’ music has been influenced by the music of Ambolley and other African musicians introduced by visiting African seamen since the 1970s.

Even though Ghana’s popular music genre, Highlife, is said to have emerged around the 20th century, it actually goes back to the 1880s through to the 1900s, according to Musicologist, Professor John Collins, a Ghanaian of British origin.

The first form, the “adaha” brass band music on the Fanti coast, to the west of Ghana, was triggered by the regimental bands of six thousand West Indians soldiers stationed at Cape Coast and El Mina slave castles by the British colonialists. Adaha music spread very quickly throughout southern Ghana. According to John Collins, those small towns and villages that could not afford expensive brass instruments, created a poor-man’s ‘drum-and -voice’ version called konkoma or konkomba which developed and spread quickly as far as to Nigeria. The “adaha” and konkoma were followed by another form of highlife – the Fanti “osibisaaba” music – a traditional Fanti fishermen’s recreational dance.

One important influence came from the kru or kroo seamen of Liberia, who in the 20th century, pioneered Africanised two-finger guitar plucking techniques on the high seas.

Highlife gained the most mainstream popularity in Ghana after World War Two, splitting into two major styles and scenes: guitar band and dance band. Guitar band highlife music was most widespread in rural parts of the country. Because traditional music in these regions had a longer-standing history of incorporating stringed instruments, musicians readily accepted and incorporated the guitar into their composition.

When it first emerged, it was associated with Ghana’s aristocracy as it was performed primarily at exclusive clubs along Ghana’s coast. Most Ghanaians did not have the wealth or social status to enter these venues, so the music earned it the name “highlife”. Music for the rich and affluent.

John Collins notes that, “the diversity of Ghana’s traditional performing arts is therefore enormous- and so it is no wonder that, their dance rhythms and melodies have been and still are being incorporated into many of Ghana’s popular dance music forms stretching from brass-band and dance band highlife, odonso highlife, sikyi highlife, and osoode highlife to Afro-rock and Burger highlife”. Others are Ga kpanlogo highlife, Palmwine highlife, Asiko highlife, Dagomba highlife and Kwao highlife forms.

Growing up as a boy, I heard Ambolley’s music very much at home as my father was a collector of vinyls from all over the African continent. But Ambolley’s record became controversial and was banned from being played on radio in Ghana.

Ambolley is from Nzema or Nzima in the western Ghana, the birthplace of Ghana’s first president Kwame Nkrumah, an area with a rich highlife tradition that spreads into Cote d’Ivoire. He was however, not born there but in the twin harbour city of Sekondi-Takoradi. Ambolley’s first musical influences were two-fold: the military music of his father who played the flute and was a soldier during the Second World War, as well as highlife music of local dance bands like Broadway.

He learnt to play drums and guitar, then in 1963 at fifteen, joined his first band- Tricky Johnson’s Sextet based in Sekondi as a vocalist, the leader of which was one-time guitarist of E.T. Mensah’s Tempos dance band. From there Ambolley move to another band in the locality, the Railway Band led by Sammy Lartey, who together with another member Ebo Taylor, were to become his mentors. Ebo Taylor taught Ambolley to play the bass guitar.

I asked him in a recent interview in Ghana’s capital Accra, before his 2019 European tour with his full-fledged Ghanaian outfit -The Sekondi Band – what the name of his album ‘Simigwa Do’ means.

“Some believe ‘Simigwa Do’ is profane, but in Fanti – my language – it is a proverbial phrase which means the sort of composed dance done by a chief or a well-established person. He is sitting on a chair with so much pride as if he has achieved something and is in a happy mood. Then an inner feeling makes him get up for a moment and dance. People thought it meant “let’s go and have sex”, but it wasn’t like that. One thing that pains me was that this record was assessed at Ghana Broadcasting House and I wasn’t called upon to analyse the phrase. But they just decided to ban the record. I tried to explain on television and so on but with no result”.

The album cover has a photo of Ambolley dressed up a small boy with a cloth around his body tied up at the back of his neck and has twisted his mouth at right angle to the normal position. Lyrics of Ambolley’s Simigwa brand of highlife cuts across love to serious issues of corruption and injustice in African politics. Other times Ambolley is just murmuring very funny things to make you laugh and happy.

This side of him shows, when I ask him about his own musical language, he tells me how he, the Ghanaian king of highlife E. T. Mensah and James Brown all integrate food in their music: “If you look at James Brown singing about mashed potatoes and popcorn, you can come to Ghana and E. T. Mensah will be singing about Abele. That’s why I put food into my music. Because nobody can live without food.”

INFO: The celebrated musician has received numerous prestigious awards, such as a lifetime achievement award and Inducted into the music hall of fame by Charles R. Drew University of Medicine and Science in California and an award from the Board of Supervisors and the City Council of the State of California for bridging the gap between Africa and African American music. He has also received a lifetime achievement award at the Ghana Music Awards in 2013. 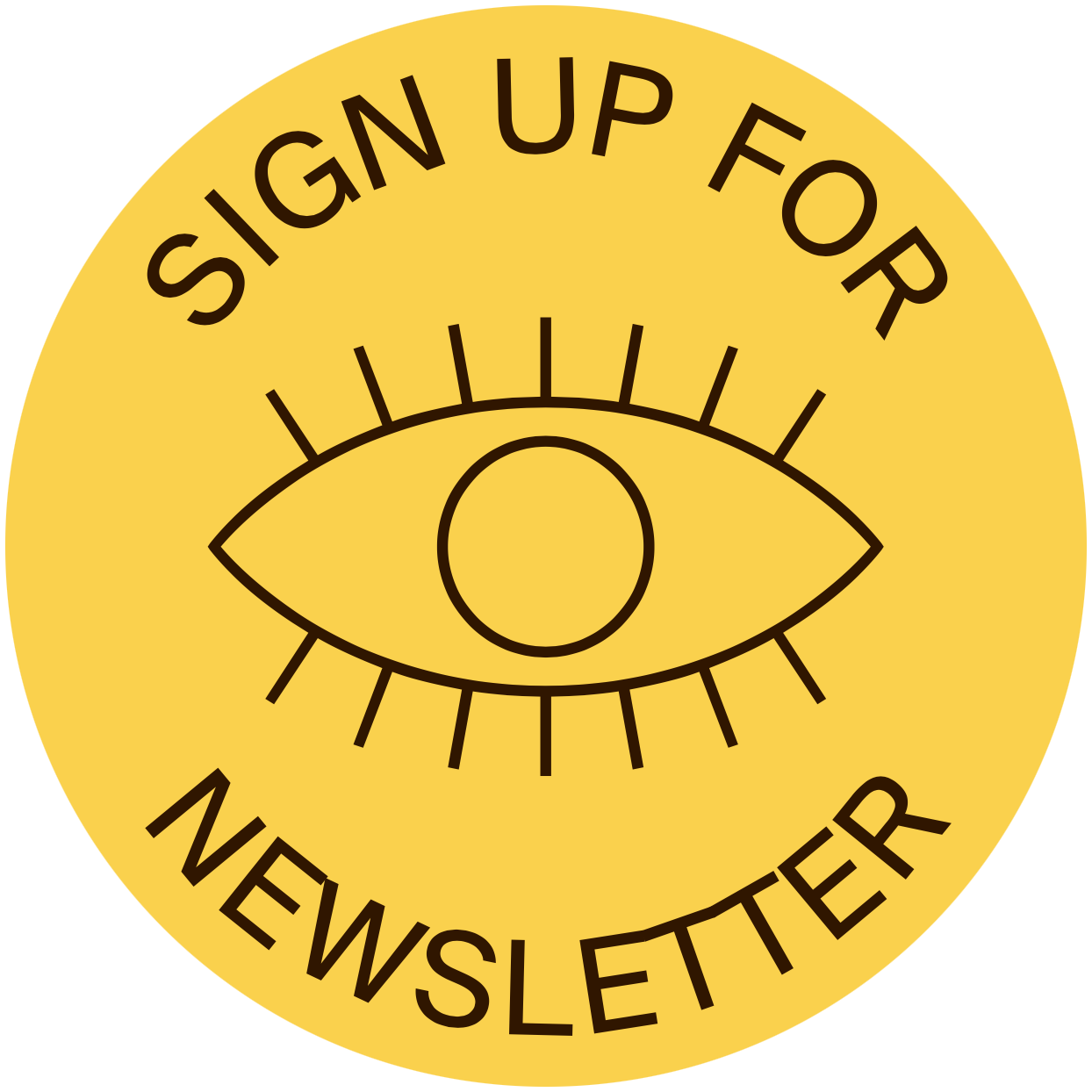